The Science of Kambo 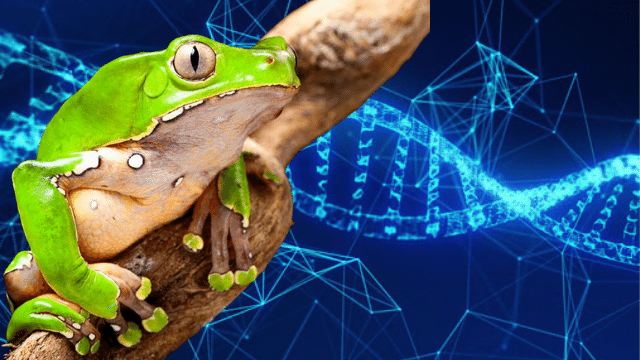 The Science of Kambo

The strange amazonian medicinal ritual termed “Kambo” is becoming increasingly popular. Kambo is touted by many for its amazing spiritual, emotional and physical healing effects. Many with serious physical ailments have turned to this alternative therapy for healing. Kambo is the ritual of applying the defensive skin secretion from the Phyllomedusa bicolor frog onto superficial burns made on the recipients skin.

Within minutes, an uncomfortable purgatory experience initiates. The recipient often experiences nausea, vomiting, diarrhea and other uncomfortable effects. Despite the unpleasantness of the experience, kambo appears to offer substantial benefit to those with phsyical and psychological health complaints. Many claim that the discomfort is worth it.

The Phyllomedusa bicolor secretion contains over 24 identified peptide compounds as well as steroids, alkaloids and proteins. Many have been found to have measurable medicinal effects and have been of great interest to pharmaceutical companies. There are over 70 patents that exist on peptide analogues that are derived from the discovery of these anuran (frog) based peptides. Despite drug companies’ attempts to create versions of the peptides that are eligible for patenting, the naturally occurring peptides from the secretion often outperform the synthetic analogues in experiments.

Despite many referring to kambo as a ‘poison’, there is little evidence of toxicity to mammals. One case report suggests that it may have contributed to hepatitis in one individual. However this case report has been criticized for ignoring the fact that the patient had a history of chronic alcoholism. There are currently no peptide studies that suggest toxicity to animal liver, kidney, brain, or other cells.

While there is a good chunk of biochemical research on the peptides biological effects, there are very few studies in animal models. There are virtually no studies on the effects of the individual peptides on humans, let alone in combination with each other as received in a kambo session. Most of the research that exists is in animal models such as rats, guinea pigs and dogs, or invitro using petri dishes with human cells. There are no human studies of the effects of these peptides individually, and the research on Kambo as a procedure in humans is scarce. Caitlin Thompson, founder of Medicine Frog Kambo is pioneering some of the first human Kambo research projects.

While the kambo frog secretion contains many different types of molecules, the most notable are it’s diversity of peptides. These peptides present in a wide variety of forms and analogues within specific peptide families. A peptide is a chain of amino acids linked together. Similar to a protein, a peptide is classified based on the length of the chain of amino acids. You can kind of think of them as very short-chained, teeny proteins that are usually 5-20 amino acids long.

Peptides are important for human physiology and biology in general. Many of our hormones and signalling molecules are peptides, including endorphins, oxytocin, and insulin. Peptides in animals and plants are very common, especially as defense mechanisms in anurans (frogs and toads), reptiles, molluscs, crustaceans, insects and birds. There are several major classes of peptide families found in kambo, as described below.

Dermorphins and Deltorphins are opioid-like peptides contained in kambo with Dermorphins having a high binding affinity for Mu opioid receptors, and Deltorphins having a high binding affinity for delta opioid receptors. Both of these classes of peptides have strong analgesic, pain-blocking properties and have a potency of up to 1000 times that of native endorphins and 30-40 times the potency of morphine.

Despite their potent opioid receptor activity, neither dermorphin or deltorphins show evidence of dependence or abuse potential. This may be attributed to the strength of the peptides reducing the necessary dosage . In one human study, dermorphin outperformed morphine as a post-operative pain drug.  Dermorphin has been used illegally in horse racing for its ability to block pain in injured horses.

Deltorphin shows evidence of having gastroprotective effects that are mediated by interaction with the vagal nerve implying that this opioid peptide may have neuroregulatory properties.

The Dermaseptins may be the most fascinating of all the peptides found in kambo. Dermaseptins have incredible antibiotic activity and have been found to be effective against bacteria, viruses, fungi, and protozoa. Studies have explored dermaseptins ability to destroy on contact pathogens such as E.coli, salmonella, gonorrhea, herpes viruses, HIV, candida albicans, and even malaria-causing protozoans. Dermaseptins have a promising future as medications given their ability to kill pathogens selectively without harming animal cells.

Dermaseptins are also extremely effective at killing cancer cells and inhibiting their growth. Some dermaseptins such as adrenoregulin have also been found to affect adenosine agonist activity and may increase permeability of the blood brain barrier, making it of interest to drug delivery development.

Phyllomedusin is a peptide that interacts with the tachykinin system in mammals. This system is important for regulating the release of neurotransmitters such as serotonin and dopamine. Phyllomedusin also causes the rapid contraction of intestinal muscles and is a potent vasodilator, which may also lead to an increase in vascular permeability through the blood-brain barrier.

Phyllokinin interacts with the bradykinnin system, which causes relaxation of smooth muscle. It is also a vasodilator and may influence blood-brain permeability. This peptide causes a rapid drop in blood pressure.

Phyllocaerulein stimulates the adrenal cortex and pituitary gland while causing gall bladder contractions and secretion of gastric and pancreatic juices. Phyllocaerulein and phyllokinnin contribute to hypotensive effects of kambo and why some people’s blood pressure drops, causing temporary fainting.

Synergy between the peptides

While there is some research on how the peptides work individually, there is no research on how they work in combination with one another. Some researchers speculate that the presence of some peptides may alter the biological effects of other peptides. One example of this is the theory that bradykinins, such as phyllomedusin and phyllokinin, may alter the vascular permeability of the blood-brain barrier and may facilitate the entering of other peptides into the brain that normally wouldn’t pass the blood-brain barrier if administered individually.

Part of the mystery and the magic of the kambo secretion is the complexity of the interaction of the peptides in the substance with the human body. While companies will likely continue to patent and bring to market drugs that are based on these thes phyllomedusa Bicolour peptides, no lab will ever be able to truly recreate the magnificent intelligence of the frog’s secretion in its entirety. The cocktail of components is worth more than the sum of its parts.

While there is some research on the peptides in kambo, most of it is limited to invitro and invivo animal research. There have been few studies on the peptide’s effects in humans. Even then, individual peptide effects do not accurately measure the effect of taking kambo with the complete combination of peptides.

Because kambo has only been recently discovered by western societies, no one knows what the long-term effects of taking kambo regularly.. Many contraindications and drug interactions are also largely unknown at this time.

There are many questions to be answered, scientifically speaking, about the effects of kambo on human health.

The future of kambo research

The field of Kambo research is wide open and waiting for scientists to start exploring it. Currently, the only known scientific human studies being conducted on kambo are those by Caitlin Thompson from Medicine Frog Kambo. Future studies are being developed to look at the outcome of psychometric scale scores for mood, emotional wellness and pain. 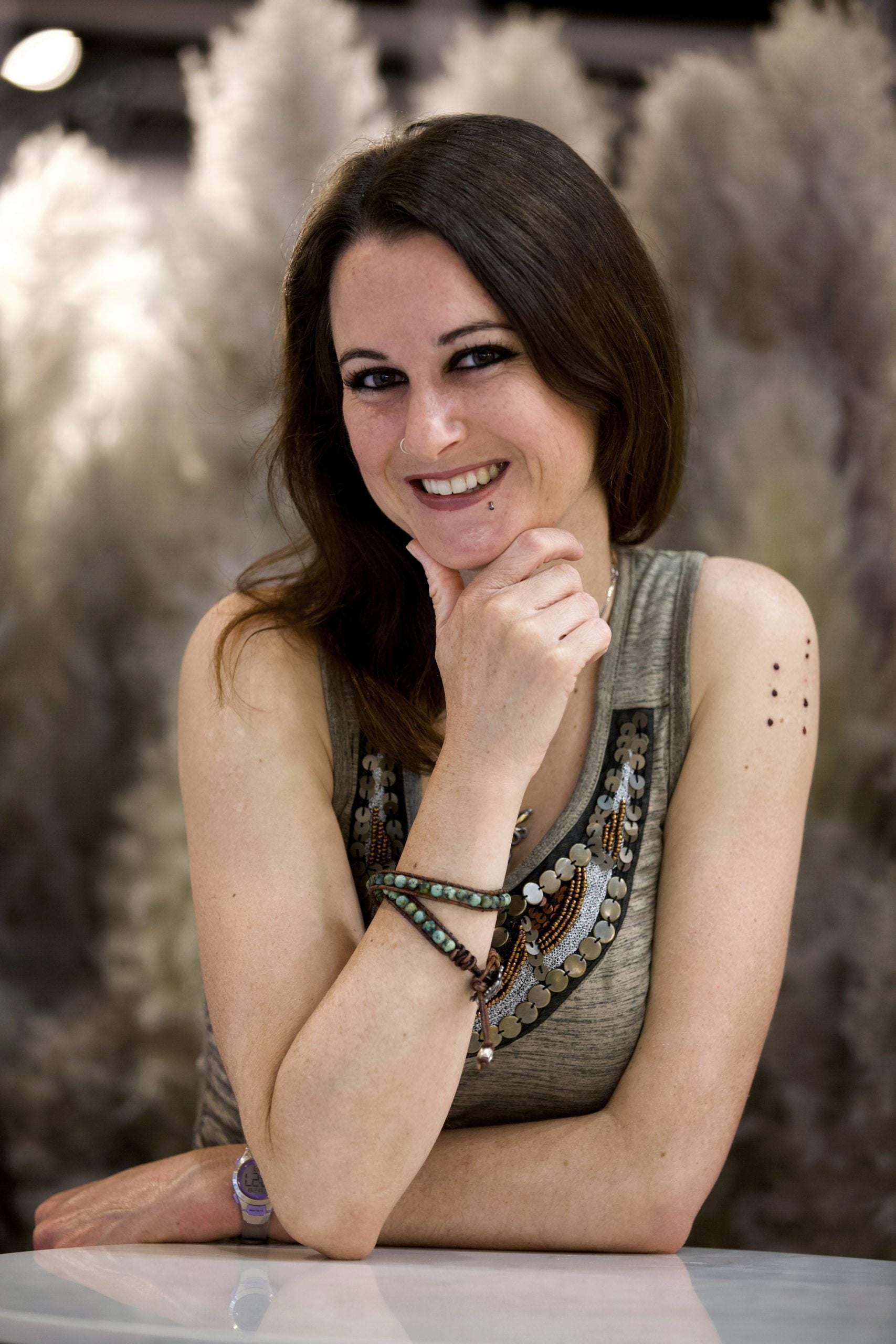 Caitlin Thompson is a master Kambo practitioner and founder of Medicine Frog Kambo. She works as an independent scientist researching Kambo and psychedelics compounds. Caitlin specializes in working with people with autoimmune conditions, Lyme disease and other chronic illnesses. She is currently the principle investigator of the first funded human Kambo studies. To learn more about Caitlin and her work, click here.